We are so proud of our ABC Scholars. As another four seniors graduate from WHS, we wish them well on their onward journeys to Miami University of Ohio (Barry), Dickinson College (Monei), University of New Hampshire (Rey) and Vaughn College (Zourry). Congratulations!

Click here or see below to read their inspiring stories.

Celebrating the Senior Scholars of ABC of Wilton

GOOD Morning Wilton is excited to be one of the lead sponsors of the Wilton House Tour benefiting A Better Chance of Wilton (ABC) on Friday, May 29. But while we’re eagerly anticipating the chance to see the breathtaking architecture and stunning interior design of the homes being featured on the tour, GMW.com is most excited to promote the event because it benefits this amazing Wilton institution that contributes so much to the participating scholars, their host families, and the community at large.

In its 17th year, ABC is preparing to graduate yet another group of amazing senior ABC scholars, who are readying themselves for the future and what it may hold for them. We wanted to recognize these students who have overcome many obstacles, and who have worked so hard — and who have achieved so much. These four Wilton High School seniors deserve great credit for all they have done, and take pride that we know they’ll accomplished everything they set out to do.

As you’ll read each bio, keep top of mind that by buying a ticket to go on the house tour, you’re supporting one of the most vital and important programs in Wilton. 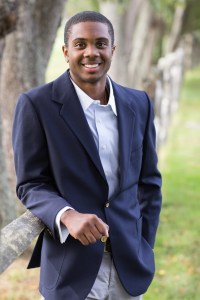 Barry, a thriving student who has lived in the ABC house for the last four years, is excited to be taking the next step in his life attending Miami University (Class of 2019) next fall. He has plans to major in international business and hopes to minor in music engineering as well.

During his freshman year, Barry moved to Wilton from Bronx, NY to attend Wilton High School. Coming from New York, Barry was heavily influenced by the sport of basketball and he decided that it was something he loved to do. As a freshman, he made the WHS basketball team, and he went on to play for the junior varsity team the following year. Barry would also go on to play football as he entered his senior year, quickly becoming a wide receiver for the Wilton Warriors.

Outside of sports, Barry can be seen playing cello for the WHS orchestra. He has been a part of many shows, as well as competitions throughout the country. After school, and occasionally on weekends, he participates in clubs such as Amnesty International and Top Inclusion Models. A very easygoing individual, Barry has made a lot of friends in the past four years, and will continue to make even more as he goes off to college. 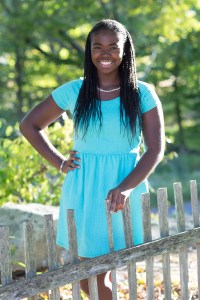 To enroll in the ABC program, Monei moved from New York to Wilton during her sophomore year. Since then, she has created many opportunities for herself as she hopes to become an obstetrician/gynecologist in the future. Currently interning atNorwalk Hospital, she is shadowing an OBGYN so that she may get the experience she needs to one day follow that career path.

Monei continues to harbor a positive outlook on life as she intends to intern at the New York District Attorney’s Office. She is also considering lifeguarding at Silver Spring Country Club this summer.

Over the course of her Wilton High School career she has participated in many sports, clubs, and activities, including varsity swimming, varsity ice hockey, varsity cheerleading, Amnesty International, Key Club, Operation Smile, International Club and chorus. She has also performed in many of the school’s musical theater productions, including Les Miserables, Oklahoma, and Law and Order: Fairy Tale Unit. She has taken a host of honors and accelerated courses and earned a place in the National Honor Society.

This past year Monei was crowned Wilton High School’s first African-American homecoming queen. In the fall, she will be attending Dickinson College to study biochemistry and molecular biology on a pre-health track as she intends to become an OBGYN.

GOOD Morning Wilton profiled Monei in a previous article in which she shared her experience of being an ABC scholar. 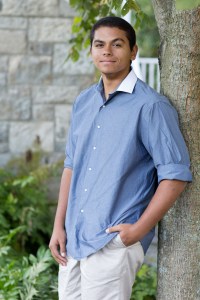 Rey will be attending the University of New Hampshire in the fall of next year and hopes to one day become a speech pathologist. During his freshman year, Rey moved to Wilton from Lawrence, MA and enrolled in the ABC program. He loves going back to Massachusetts to visit his two brothers whenever he gets the chance.

Rey is involved in sports such as basketball, and he loves to longboard in his free time. He has also participated in many prestigious clubs such as Top Inclusion Models and Business Leaders of America. He would also occasionally work at the after school program at Cider Mill. For the past two years, Rey has also been part of Wilton YoungLife which has helped him develop many relationships with people he hadn’t met before. YoungLife is a multicultural ministry which focuses on kids in diverse cultural communities and those in economically-depressed areas and has helped many high school students in the past.

Rey has developed himself into a successful student inside and outside of the classroom as he goes off to UNH in the fall of 2016. 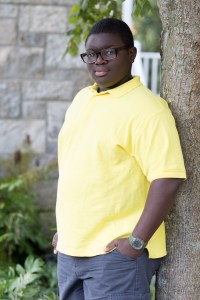 Zourry feels that the ABC program has been a crucial part of his ability to go to college and he is grateful to have been a part of it. “I feel that without the academic and college planning assistance that I received here, I would not have gotten even close to finding my dream college and being able to attend it with as much confidence, financial security, and overall preparedness as I have now.”

During his time at WHS, he was a member of the school’s Application Development Club and he also participated in the PTSA photography contest, where he was awarded an honorable mention.

Zourry has accomplished a lot over the course of the last four years and he will continue to work on his goal of becoming a pilot in the future.

A Better Chance of Wilton is grateful to the community for their continued support of this vital program.  We send our best wishes to you and your family for a … END_OF_DOCUMENT_TOKEN_TO_BE_REPLACED  Read More

Our 2020-21 ABC Scholars would like you to know them a little better. Isabelle is a senior, Nia and Cindy are sophomores, and Fatou and Courtney are freshmen at WHS. … END_OF_DOCUMENT_TOKEN_TO_BE_REPLACED  Read More

A Better Chance of Wilton stands for the hope of equality in education + opportunity. We will continue to speak out against the inequality facing the black community in America. … END_OF_DOCUMENT_TOKEN_TO_BE_REPLACED  Read More

These unprecedented times have impacted us all, including our ABC Wilton family. We are incredibly grateful for the outpouring of love and support you have all shown us. A Better … END_OF_DOCUMENT_TOKEN_TO_BE_REPLACED  Read More

By Heather Borden Herve, GMW Editor – February 14, 2020 After the success of its first podcast, Stay at Home in Wilton has released the second in the series, “The Story Next Door,” bringing two … END_OF_DOCUMENT_TOKEN_TO_BE_REPLACED  Read More